Tirana is truly colorful, lively, chaotic, never boring! Here are some places you can go with your kids in Tirana

This Park practically has something for everyone. The park is quite enormous and there is plenty to do. You can fit in a long walk (or run) alongside the well-manicured trees and scenic view.

You can plan an afternoon picnic or even find your favorite lunch at one of the many restaurants along the park enjoying the lake view. There is a children’s playground and other fun activities to do which include:
Bike Rental / Family Bike Rental / Tennis Courts / Basketball Court / Ping Pong Tables / Outdoor Theatre – for concerts and cinema /  Outdoor Workout Gear / Parallels. 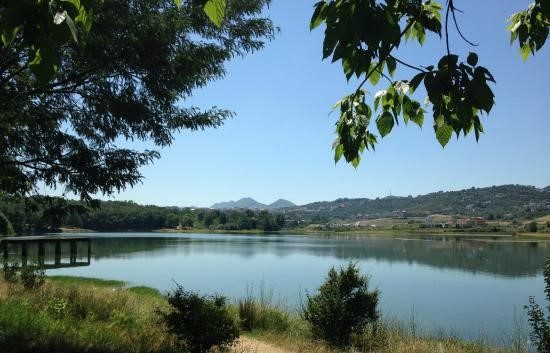 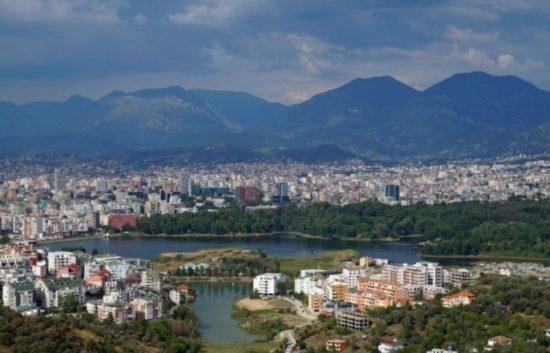 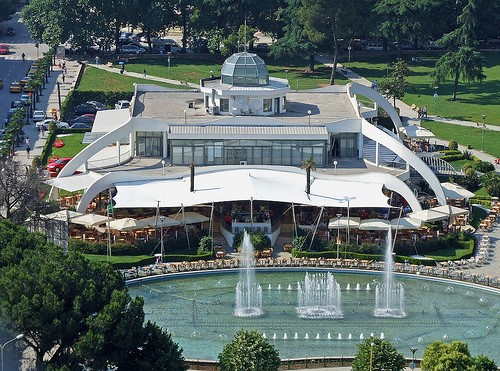 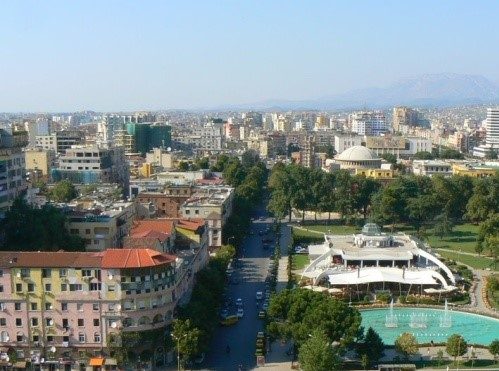 Taiwan center is located at one of the green spaces within the city, precisely at the NW intersection of Lana & the main Boulevard.

Albanian families come to this green space in Tirana during the evenings throughout the hot summer months.

Skanderbeg Square, located in the heart of Tirana, is a nice open area central to all of the city and its amenities. There are always people out enjoying family time or simply relaxing.

Take a ride on the two-story carousel in Skanderbeg square. It’s only 100 Leke (approximately $1).

Walk the square listening to live music and splash in the fountains, getting a true sense of Albanian culture!

This square becomes the main destination for most holidays throughout the year in Tirana.

Live concerts, open markets, and other entertainment are often brought in for special occasions. The National History Museum of Albania is located in this square. 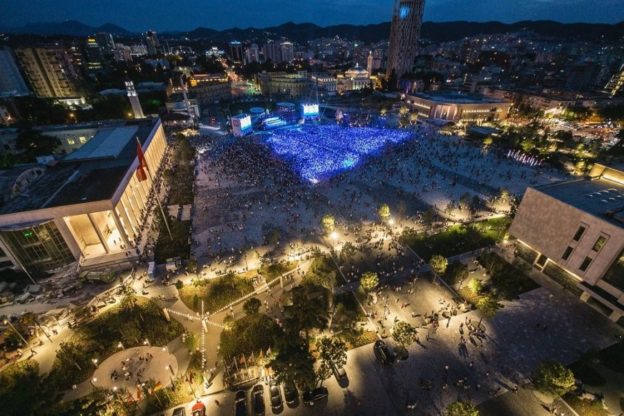 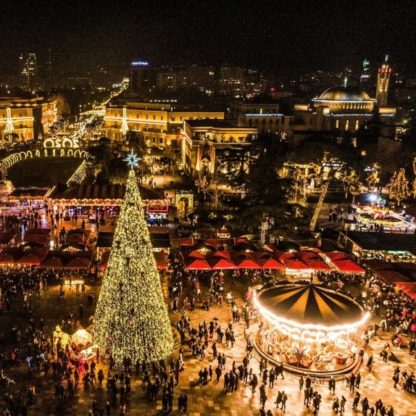 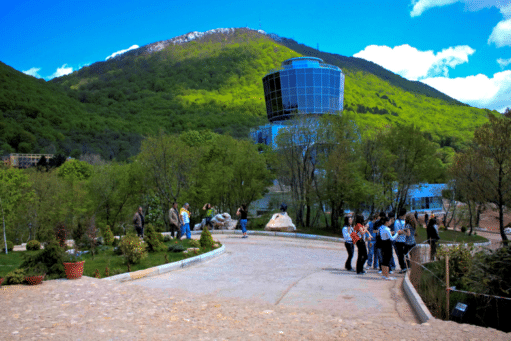 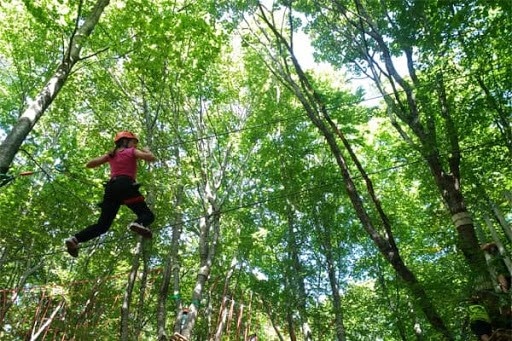 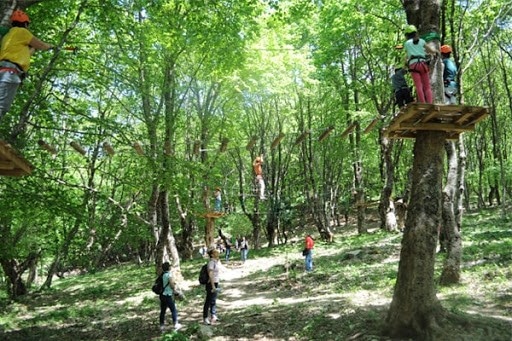 Take the cable car up to Dajti Plateau, around 1050m elevation, or drive up from Tirana for about one hour.

There’s an adventure park there for adults and kids. Once up in the mountains, take in the stunning views at The Dajti restaurant.

You can do hiking, mountain biking, paragliding, or enjoy the snow the few short days it comes down each winter. A lot of walking and hiking trails are found on this mountain.

Most trails are marked and well visible. One of the most popular trails is the one from Dajti Plateau to one of the peaks, Tujani (left) or Dajti (right).

This is a great getaway so close to town. In the hot summer days, this trail is almost 10 degrees cooler then Tirana which makes this a great cool-down spot to enjoy.

Tirana Zoo (Albanian: Kopshti Zoologjik i Tiranës) is the only one of its kind since it is the only zoo in Tirana. Established in 1966, the zoo is concentrated in an area of 7 hectares in the southern part of the city, between the Grand Park and the Botanical Gardens.

Presently the infrastructure of the zoo is in bad condition and desperate need of funding for animal care. There are few animals at Tirana Zoo: bears, lions, llamas, monkeys, wolves, foxes, and a few exotic birds.

The cages are small, not very clean and visitors are advised not to stress the animals. Despite its poor appearance, the zoo is still popular with local visitors and children who come here to play.

The zoo in Tirana, Albania, has been described by many visitors as an animal prison, mostly because of the bad conditions in which the animals live. Animal Activists and Environmentalists always pressured the local authorities to close the zoo down and end the cruelty towards the animals kept there.

Tirana’s Municipality recently announced its intention to extend the zoo into a park, creating better conditions for the animals. The natural landscape of the zoo has been tarnished considerably with the rise of new apartment flats in the area. 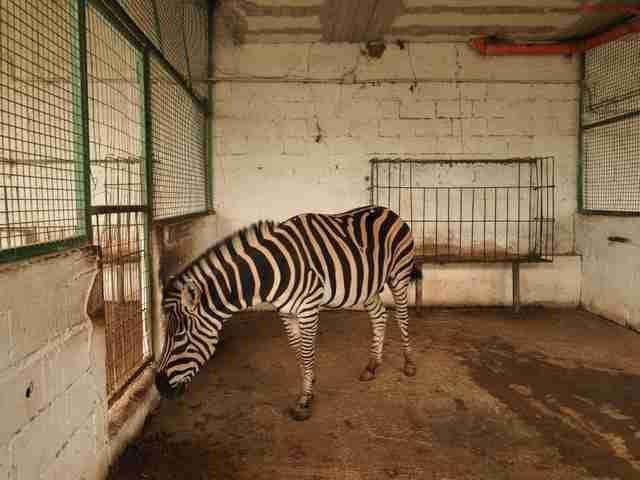 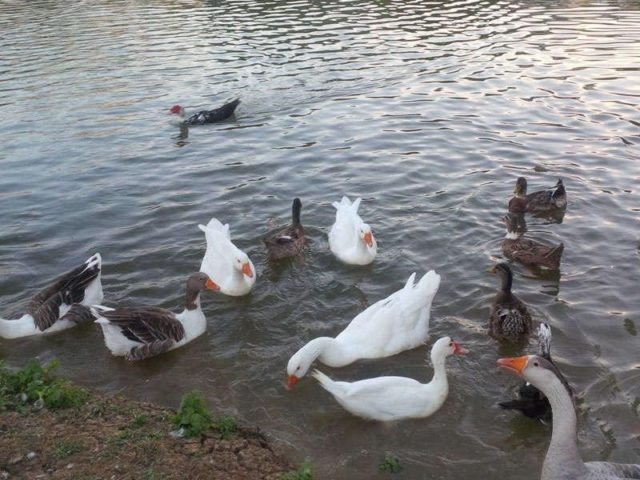 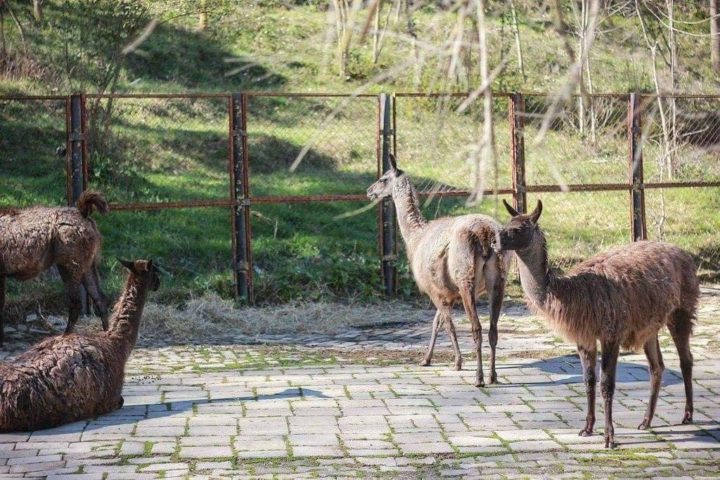 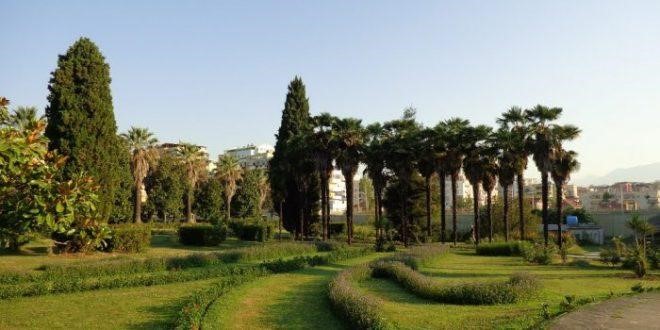 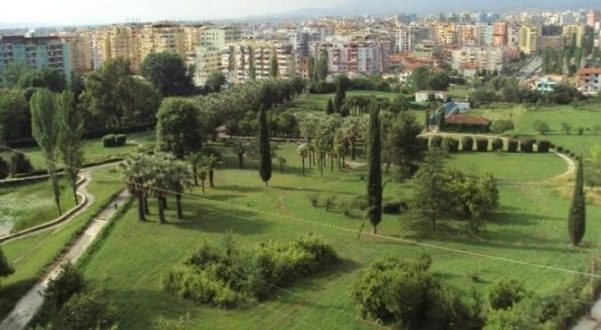 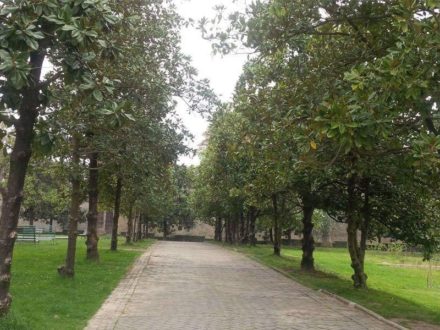 The Garden’s construction commenced in 1964, with the original site covering approximately 15 hectares. It was completed in 1971. It is situated south of the city and is overlooked by the Tirana and Kruja mountains.

The Botanic Garden of Tirana, which is part of the University of Tirana, has become institutionalized with international links with Canadian, Hungarian, Chinese, and Romanian gardens.

The garden contains around 2,000 species of plants and is maintained by horticultural experts and scientists who also use the gardens for study purposes. The Gardens are part of Botanic Gardens Conservation International.

Educational outreach and a tourist attraction, the Botanical Gardens of Tirana is one of the city’s most prized green spots. You don’t want to miss the opportunity to take in this botanical treasure.

Currently, data are unavailable on either how many species are still cultivated here, or the exact surface area of the gardens, as many apartment blocks have been built within its boundaries. Here’s the link to a website that can help you find more recreational parks in Tirana.

Blue Park at TEG is one of those places that your kids would love to go every weekend.

Blue Park is a playground that offers a lot of activities, especially on weekends.

Here, your children can find their favorite cartoon character and can take a picture with them.

The playground has divisions for different ages, from babies to 14 years old. At ‘Blue Park’ kids can also have a face painting. 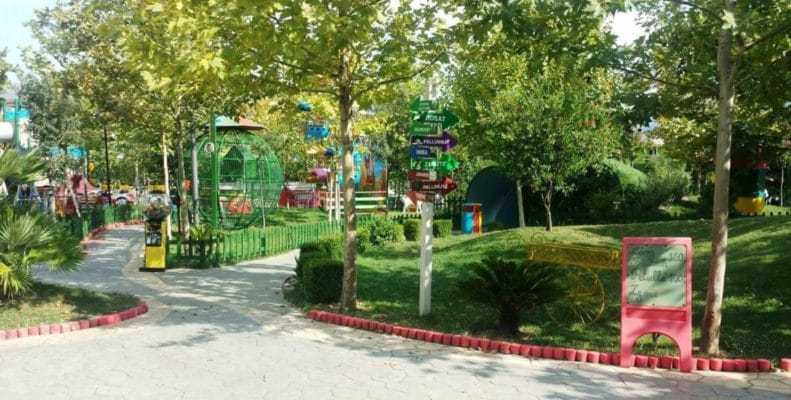 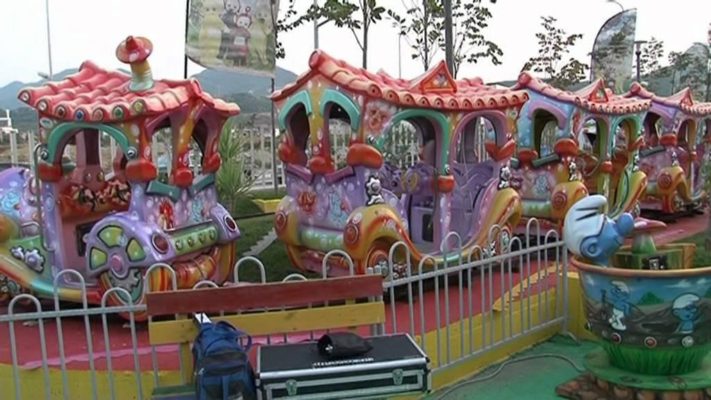 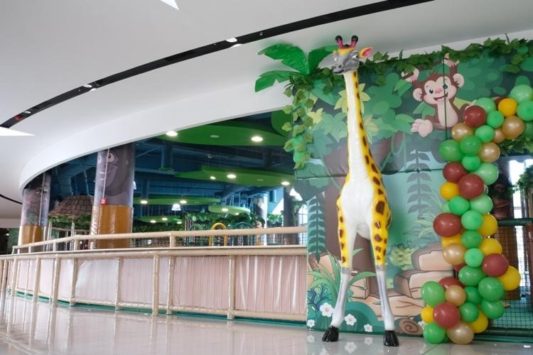 Toptani Shopping Center is a shopping mall based in Tirana, located about 400 meters from the city center.

The shopping center was inaugurated on 13 March 2017 and has about 12,790 m2 of retail space covering 7 floors above ground with four underground floors for parking. It accommodates 80 shops, 5 cafes, 2 restaurants, and approximately 600 parking spaces available.

A list of prominent stores includes Adidas, Calzedonia, Intersport, JYSK, LC Waikiki, Tezenis, Yves Rocher, and many other brands. While shopping or having your everyday coffee you can leave your kids to enjoy the playgrounds on the upper floors.

The Puppet Theatre in Tirana was founded in 1950 by a professional group of actors and has been located in the same building for more than 65 years, an interesting historical and symbolic fact.

Prior to World War II, it served as the Albanian Parliament, but in the 1950s it became a lovely place for entertaining children. You can find it next to Skanderbeg Square. During communism, it was the only puppet theatre in Albania.

In recent years some other theatres have opened to entertain children, but the Puppet Theatre continues to be the popular choice. It gives about 500 performances a year using string puppets, puppet dolls, masks, mimes, and performances by various actors. At the weekend tickets are hard to find. 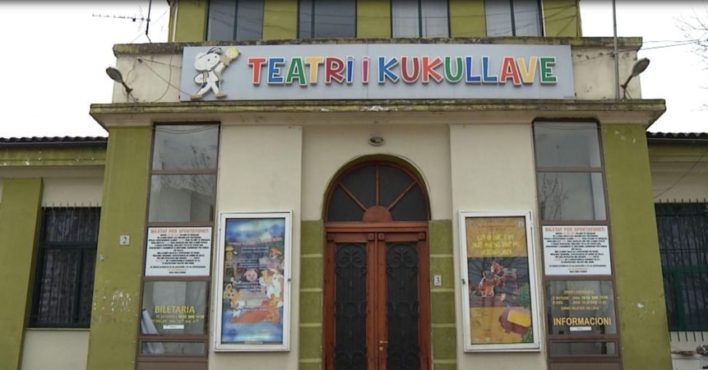 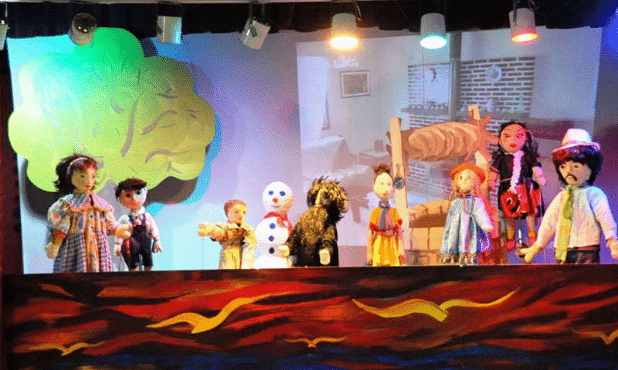 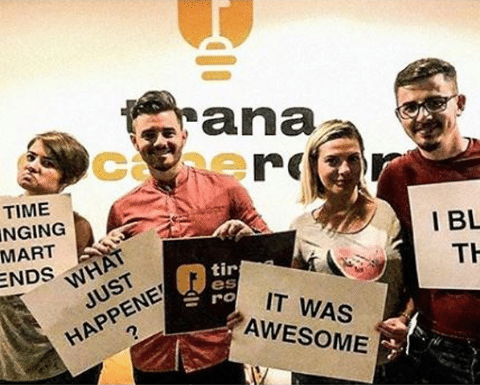 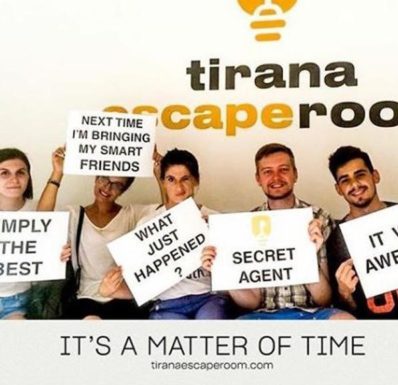 The first and the only real ‘live’ escape game in Albania.

Tirana Escape Room is a new form of entertainment involving the use of your skills, such as cleverness, perceptiveness, and intelligence. The aim of the game is to escape from the room by using clues and puzzles hidden there.

Different themed rooms and a whole new adventure. This game is definitely for both youngsters and adults.

Latitude in Tirana, the largest indoor airborne park in the Balkans.

Latitude will challenge the body and mind, and leave you with a brand new attitude. It’s an attitude with air. It’s electric!

TUMBLE MAT – Love to cartwheel, freestyle, flip and tumble? You’ll love freestyling it up on the massive inflatable tumble mat.

Plus, the private party rooms and corporate facilities are available for events, functions and birthday parties

You can take a look at the website: Latitude Tirana 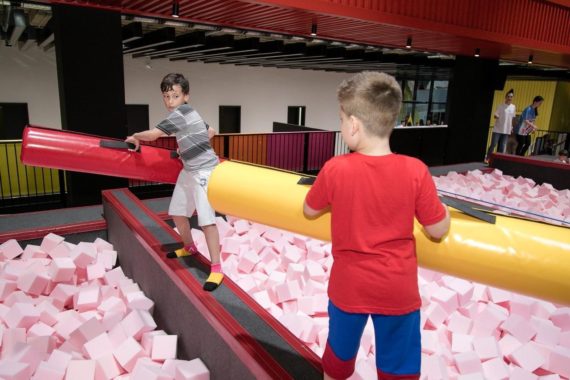 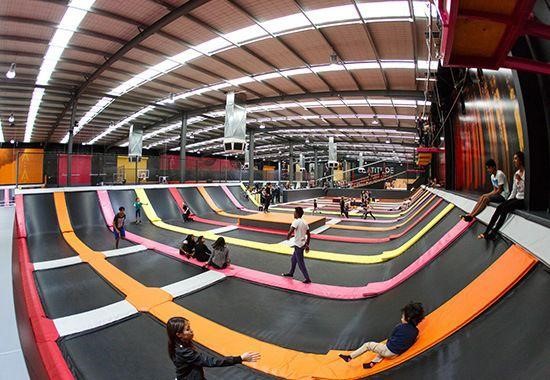 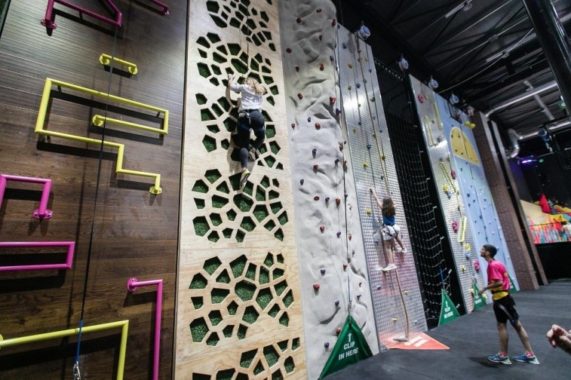 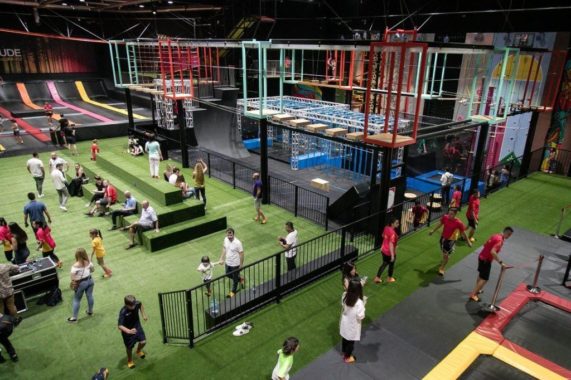 Know of any other cool places for kids in Tirana?

Write to us and share your experience with Expats In Albania Community!