How Albanians Celebrate the Holiday Season

How Albanians Celebrate the Holiday Season

The Holiday Season marks a much-awaited time at the end of the year for most of the globe’s population. Today, family members are spread out in different corners of the globe, but they still try to come together during the holiday season.  Different religions and cultures have different calendars and different times of celebration and rightfully so. In Albania the same thing happens as everywhere else, but there is a fundamental difference. This difference derives from the time when Albania was under the communist regime and religion was strictly banned.

One holiday that could not be destroyed by the regime and remained “politically correct” was New Year’s Eve. This was THE holiday of the year for the Albanians during the dark decades of dictatorship. This was the much-awaited holiday for all. January 1st and 2nd were holidays which also marked the longest holiday of the country. 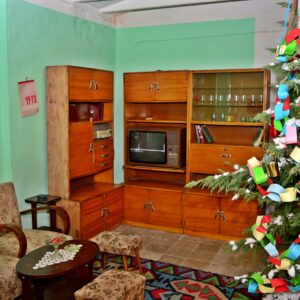 The New Year’s feast was the one that moms & grandmas cooked for days. Baklava or Kadaif and sometimes both were prepared in early December. The preparation started with finding the right walnuts, the right butter and starting the ritual of making the baklava pastry. A few women would get together to complete the baklava production and take a rotation till all baklavas for each of their families were done.

New Year’s decorations consisted of small cotton balls and colored paper handmade decorations which would be put on the windows or existing large plant of the household to imitate a tree. The actual trees were not easy to find nor easy to bring to the city, in hindsight a good thing. 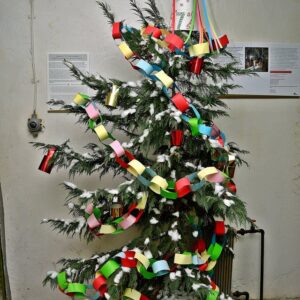 The much-awaited New Year’s dinner would start around 8 or 9 pm and continue all night long. The arrival of the new year would find all members of the family awake and the courageous ones would continue to stay awake till dawn. The next day, people would compare the wee hour of morning they had stayed awake till.

This celebration marked the most exciting event of the year for Albanians & it consisted of eating, drinking, and telling stories and staying awake. The next beautiful highlight for most people that lived in the cities was the Vienna Orchestra New Year’s concert on January 1st that most European tv channels aired. Albanian households connected to the outside world through tv so some of the TV presentations over the holidays had a huge local following.

Children looked forward to this time as besides the long holiday they got treated to a new toy. Yes, one toy per year was the norm. But the immense joy the toy brought to that child could never be measured today. Even the toys were orchestrated by the state. Each workplace, government institution, hospital, factory, cooperative etc., obviously all state owned, organized a sort of a ‘toy drive’ for the children of their workers, who actually paid for the toys from their last wage. 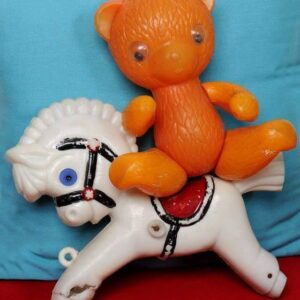 The first few weeks of the New Year the celebration continued where more distant family members would visit each other to catch up and make the New Year’s wishes as well as inspect each-other’s baklava most importantly. Usually, the best baklava of each family would soon become famous and this would be talked about for weeks.

Still today, New Year’s Eve marks the biggest family celebration for Albanians. It continues to be celebrated at home on a large scale though some families have started to attend New Year’s Eve at a favorite restaurant that offers entertainment. This gets booked in advance due to its popularity. The entertainment usually consists of live music, mostly traditional.

Korça and Shkodra follow the most winter holiday traditions, and these two have become the destinations of the Year End celebrations for Albanian families. Normally, a family books into a hotel for two or three nights and enjoys the New Year’s Dinner with entertainment. Korça gets booked up very quickly, but Shkodra isn’t left behind. 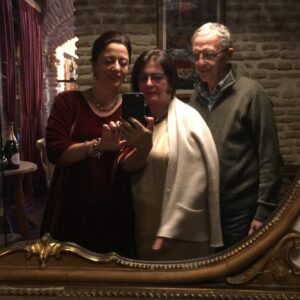 Tirana offers celebrations at the main square with live music, the holiday market, fireworks at midnight. Yes, the fireworks will go on for quite a while so protecting ears and pets is a must.